September is the very last month that I can pretend it’s still summer. No doubt that back home, Tiger Stadium is warm and beautiful and, of course, never rainy. Oh, to be able to wear flip-flops right now! Mind you, we went from 103F to 60F (or something like 15C) two weeks ago. We wanted to get in a beach trip before it gets unbearable for my little nose over here. So, on Saturday morning, to the coast we went! And, while we’re at it, why not make it the French coast!

We were in some way expecting a grand welcome from our southern neighbor…maybe even just a sign saying that we had entered into a new country period. Nope. There was just a small sign 500 meters before telling us we were about to enter into France, that only J saw. That’ll have to do. At least it’s more polite than the typical Belgian signs that I can’t help but read in a yelling tone. Instead, the landscape spoke for itself. I’ve never seen such impeccably manicured countryside. Allman Brothers ‘Blue Sky‘ and the insane scenery around. The only thing more perfect would have been an automatic car so that J could see the sights too. Hehehe

Pretty France and Europe flags all in a row.

Dunkerque is just south of the Belgian coast. By the number of signs pointing to it from the highway, it could have been a metropolis. But, we decided it was a vacationing town and everyone was on vacation from their vacation…i.e. not here. We did hear a ton of honking coming from around the corner and what emerged was a caravan of vehicles for a wedding…must be a French thing. 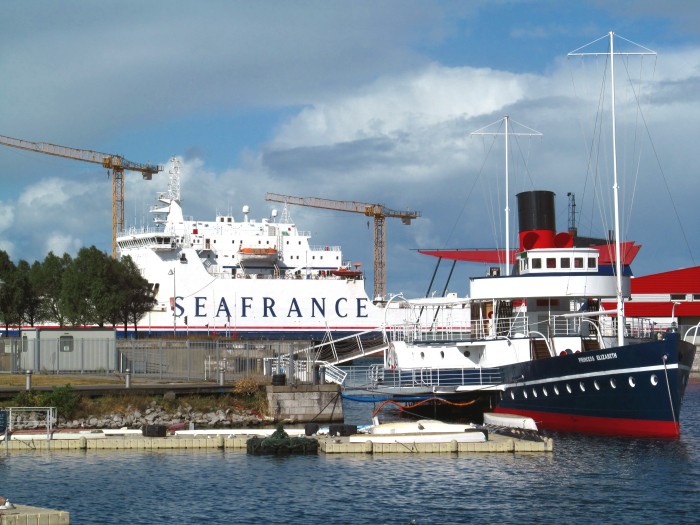 I see London, I sea France.

The town was cute and all, but it felt like more of a port city, so we left in search of a beach..

and found Oye-Plage that had a Nature Reserve! 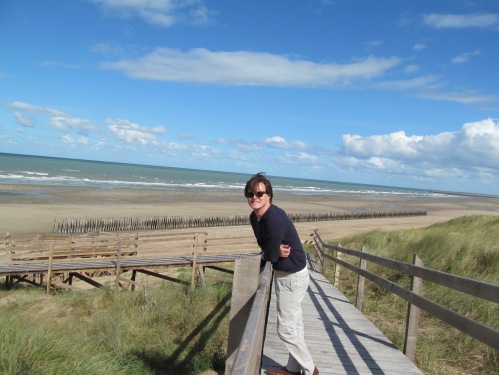 J and I have this argument: is a beach always a good beach? The one of us who comes from the South, believes that when it comes to hanging out on sandy shores, one should be able to lay out in her bikini and take a dip in perfectly sun-kissed temperatured water to cool off (man, I miss Jamaica). The other of us, just likes to be near the water. I mean, I get it, its pretty and smells good and all but it just seems taunting that you could have it, but you can’t. ugh. And wetsuits are NOT my idea of fun, so don’t even go there. (unless we’re in NYC and you want to take me jet-skiing, because Will and Eva made that look super fun..minus the foot to the head)

He can make anything fun.

There were also WWII pillboxes. And rocks. 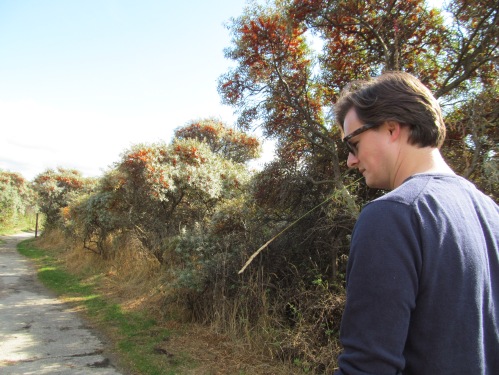 Hope you have an absolutely fantastic weekend! We’re moving into our new home!
A