So, the car ride out of Lucerne was pretty much full-on Annie trying to coerce Justin into stopping in Milan..

“Honey, I’ve never been to Milan.. Love, we’re driving right through.. I love Italy what if we never come back?!”

He’d break about 45 minutes outside of the city and thought he could prove his wife wrong in that there wasn’t anything to see. Ha. While not as lovely as Florence, Milan was still able to add to her love affair with Italia. So we park the car in the first lot that we find in the (what we assumed was) center of town and begin our trek around the city to see the sights in pit-stop number two on our way to Verona. We spot a tower and figure, ‘hey, that must be something important.’ Ends up that we’re walking next to the beautiful Sempione Park on our way up to the 15th century Sforza Castle, one of the largest citadels in Europe. Psh. J and his ‘nothing to see’. A of course made friends with the first musical street performer we come across..

Wandering through the castle’s renaissance courtyard, we find one of the entrances with a long boulevard on the opposite side. The trek continues down the street and leads us to the Piazza del Duomo, where Annie with all of her inner strength fights the urge to say, ‘see, told ya.’ But she doesn’t need to, he knows, he knows. It was a good pit-stop, the square is dominated by the Milan Cathedral, the fifth largest cathedral in the world and the most important example of Gothic architecture in the country. This guy that takes six centuries to build is just as grand on the inside, but unfortunately the cathedral ushers don’t let A in since she’s in shorts.. Women in shorts are forbidden, men in shorts are fine.. What year is this?

After J makes a quick run through the inside our eyes turn to the left of the cathedral where we find a giant glass covered walkway – the Galleria Vittorio Emmanuele II is the worlds oldest shopping mall – but we were hard pressed to notice the shops while looking up at the ceiling the entire way through.

The little trolley car at the stop on the other side reminded us of our days back on McKinney Avenue in Dallas. We smile, and think, ‘yeah, we’d much rather look at them in Milan’ while we make our way back to our chariot. Next stop, Verona. Annie promises her husband no more pit-stops on the way. 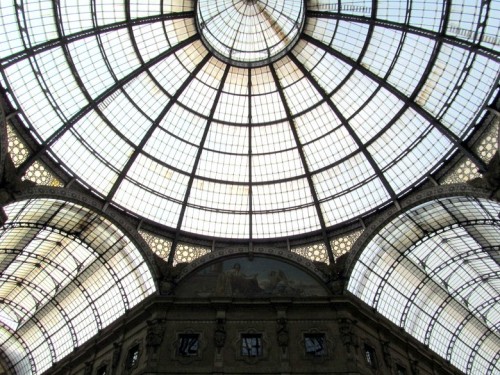 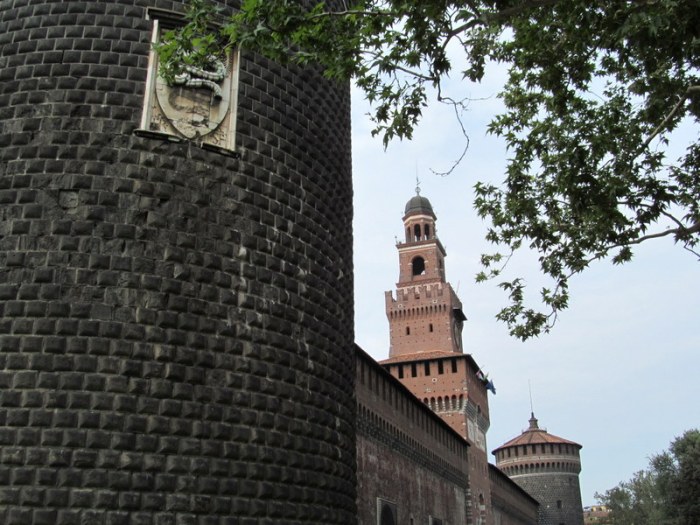